From 1940 to 1990 Latvia was a part of the Soviet Union thus its nuclear policy could not differ from the Soviet one. Main political and economical decisions were made by the Soviet government in Moscow and the government of Latvian Soviet Socialist Republic (SSR) had to implement them. Their power to object was limited.

In the 1950s Soviet government decided to build 20 research reactors in different regions of the USSR and abroad[1], following an initiative by Igor Kurchatov. Kurchatov was a Soviet nuclear physicist who is widely known as the director of the Soviet atomic bomb project.

However, the idea to build a research reactor in Latvia was a local initiative. It was a proposal from physicists from the Institute of Physics of the Academy of Sciences. The government of Latvian SSR forwarded it to the Council of Ministers of the USSR in spring 1958. The acceptance was received a few weeks later. The construction of „Salaspils Research Reactor“ (SRR) started in January 1959. SRR was put into operation in 1961 and carried out neutron activation analysis, nuclear reaction research, researches in solid state radiation physics, radiochemistry and radiobiology. It is the only research reactor Latvia has ever had.[2] SRR is located 2 km from the centre of Salaspils city and 25 km from Riga, the capital. It was shut down in 1998. The spent fuel was sent to Mayak Production Association in Russia in May 2008 within a bilateral governmental agreement.

Groups and organizations working on the anti-nuclear field

The Tour was a travelling event that had 15 stops in 9 countries in summer 2010. During the 3 day stop in Riga local activists and participants from other project countries had a network meeting, a street action and a public event.

The protest action was organized by the Latvian Green Party as a reaction to the Government's decision to take part in the Visaginas NNP project. The activity took place in front of the Cabinet of Ministers. Participants were dressed as nuclear power plant workers and brought waste barrels with them.

The Latvian activity for the European Action Day to stop Lithuanian NPP project was organized by the Latvian Green Party and consisted of 2 parts: a picket at noon and a putting of candles in remembrance of victims of nuclear accidents in the evening. 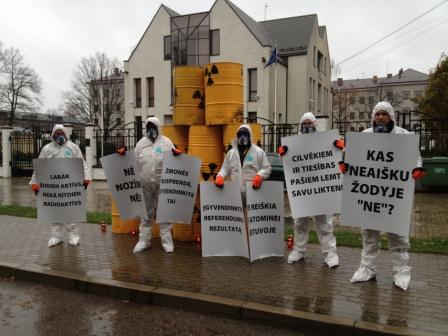 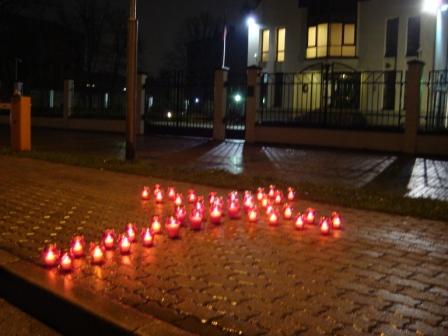 May 22, 2013: Peace Boat, a Japan-based international non-governmental and non-profit organization that works to promote peace, human rights, equal and sustainable development and respect for the environment had included Riga as one of their stops and invited people onboard for a press conference and discussion. 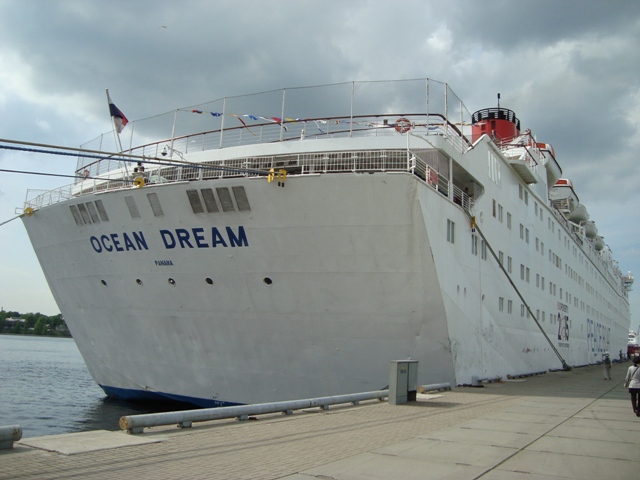 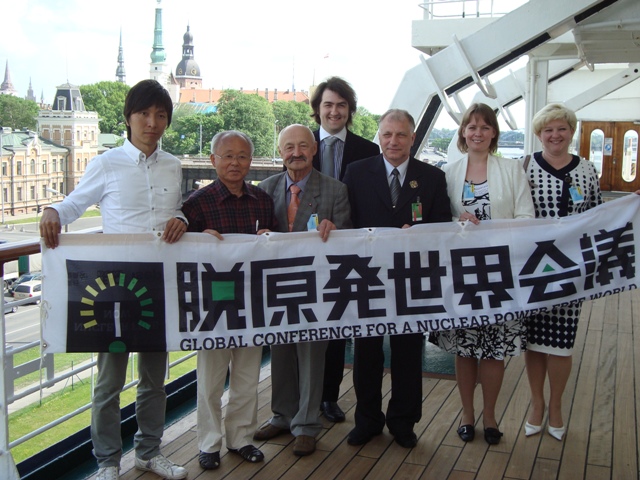